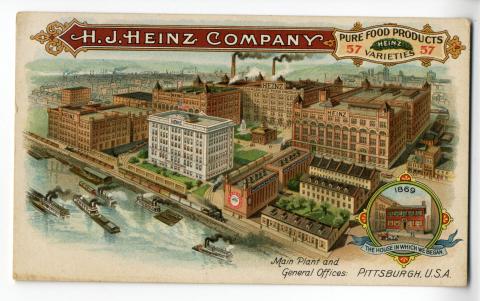 The origins of H.J Heinz began when eight-year-old Henry John Heinz began selling extra produce from his family’s garden plot to nearby neighbors. He would shave the horseradish root in his basement to make horseradish sauce based on his mom’s recipe. By the time he was 16, Heinz had several employees and was making three deliveries a week to Pittsburgh grocers. Born in 1844 to German immigrant parents, Heinz grew up in Sharpsburg, Pennsylvania, up the Allegheny River from Pittsburgh. In 1869, Heinz and friend L.C. Noble formed a partnership called Heinz, Noble & Company in Sharpsburg to sell bottled horseradish. Their product line soon expanded to include sauerkraut, vinegar, and pickles. 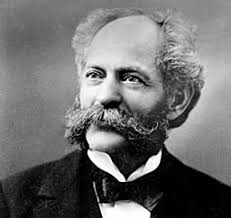 Following the panic of 1873 and the bad economic conditions, the business failed in 1875. Heinz quickly regrouped, and the following year started fresh but as an honorable person, was determined to repay his creditors. With his brother John and cousin Frederick as partners and himself as manager, Heinz formed the partnership of F&J Heinz to manufacture condiments, pickles, and other prepared food. In the late 1800s, the typical American diet was bland and monotonous, and the Heinz Company set out to spice it up with a multitude of products. Ketchup was added to the product line in 1876. The business then prospered, and Heinz made good on his past obligations. In 1888, the partnership was reorganized as the H.J. Heinz Company after Heinz bought out his relatives and gained financial control of the firm. Soon Heinz was known throughout the country as the “pickle king.”

Tomato soup and beans in tomato sauce were quickly added to the product line. The phrase “57 Varieties” was coined in 1892. Even as “57 Varieties” became a household slogan, the company already had more than 60 products. He got the idea from a shoe advertisement and 57 was randomly selected and he thought the public liked the number 7. A marketing genius and marketing force, at the World’s Columbian Exposition in Chicago in 1893, Heinz had the largest exhibit of any U.S. food company. As it was in an obscure area of the Exposition, he passed out pickle pins to attract more people to his exhibit. Additional marketing had him in 1900 erecting the first electric sign in New York, a 40-foot pickle! By 1905 H.J. Heinz Company was the U.S. largest producer of pickles, vinegar and ketchup. He also began to build oversees plants that year and soon had 25 factories worldwide.

He was a compassionate forward thinking employer and his first employees were women. Heinz was also well known for treating his employees very well, providing them decent pay and with the most pleasant work surroundings as possible. He included on site health care, manicurists for line workers, and even provided life insurance, and, as a result, he never had to deal with strikes or other labor disputes.

He was one of the first manufacturers to allow individuals to tour the manufacturing operations. Tours were conducted at his first plant in Allegheny City (on the North Side area of Pittsburgh). He thought if people saw the product being made; it would give them faith in the cleanliness and purity of the product. He and his company were well known for pioneering safe and sanitary food preparation. Clear glass bottles were used so the product could be seen. While other food manufacturers were against it, Heinz actively lobbied for passage of the Pure Food and Drug Act of 1906. Again he wanted the public’s confidence in their food products.

After Henry died in 1919, family descendents continued to run the company until 1959. During the Great Depression, H. J.’s son Howard Heinz saved the company by branching into two new areas: ready-to-eat soups and baby food. In 1959, a non-family member who worked within the company stepped in as Chief Executive Officer. Since then the firm has been run by non-family members. 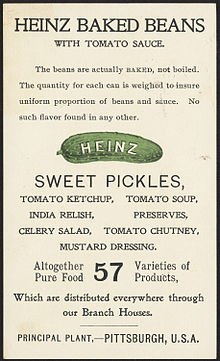 Heinz and his successors built a giant multi-national food business. Products also included Ore-Ida and Star-Kist Tuna. The story of the company’s growth is a story of food, industry, and culture -- of the role Heinz the man and Heinz the company have played in shaping our tastes, developing new products and markets for food, and bringing change to our dining table. H. J. Heinz made $2,400 a year as a young man selling horseradish sauce, little did he realize his food company would eventually gross over $11 billion in sales per year.

Please join our speakers program and learn about the Success of H. J. Heinz. Our speaker is Emily Ruby of the Heinz History Center, for this talk on Thursday, May 11th at 7:00 pm at the Township Municipal Center’s Council Chambers. Ms. Ruby has been a curator at the Senator John Heinz History Center for 9 years. She works on expanding the artifact collection and putting together exhibitions on regional history including Angels of Mercy (an exhibition on Catholic Sisters’ contributions to Nursing in Western PA), The Heinz Exhibit, Pittsburgh: A Tradition of Innovation and the local components for national traveling exhibitions such as The 1968 Exhibition and Toys of the ‘50s, ‘60s and ‘70s. Please join us to learn about Heinz and how it put Pittsburgh food on the tables of the world. As usual, light refreshments and snacks will be served at the meeting. Hope to see you there; it will be nice to Ketchup with you.