The station was called Franklin Road (See map on page 70). "Station was located on southeast corner of Franklin Road and had a through siding and agent." This does not add up. 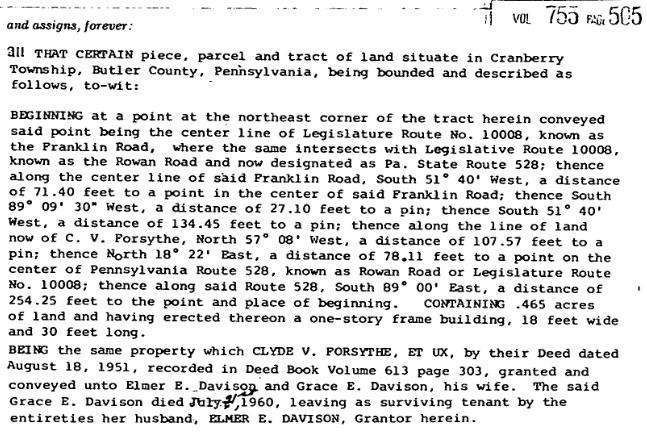 Ultimately, the parcel was part of the William Croft farm when the Harmony Line began operations. The PHB &NC Ry never owned the parcel where the station sat.