Ogle is a well known hamlet, appearing by reference on the 1874 map as the Ogle Post Office, then managed by Postmaster Thomas Robinson on the Pittsburgh Mercer Road now Dutilh Road in the area of Bud's Suds, aka the first Fire Station. The Ogle PO would have 2 additional Postmasters and locations. Some may recall the old house that once stood on the south side of Unionville Road near the red brick Meeder farmhouse. That was John Frantz's store and the Ogle PO on Unionville Road, and William Garvin's store on the Pittsburgh Mercer Road [1], which was moved back circa 1950 when Perry Highway was expanded from 2 to 4 lanes. The Garvin Store/Ogle PO is Comtra Centre today and Garvin's barn is the Comptra Theatre. Note that the Frantz and Garvin locations for the Ogle PO do not appear on the section of the 1874 map below.

In 1941, there is no post office in Cranberry. The 1941 and 1959 Butler County maps move the placename up towards Unionville Road. None of the maps depict boundaries for any of the hamlets. 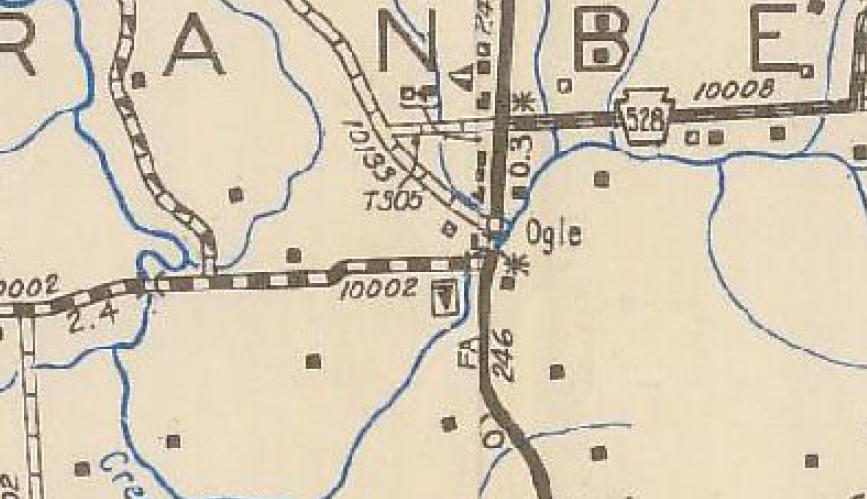